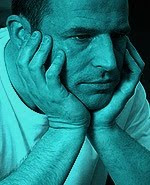 Eliminate a team from play-off contention and attendance wanes.
Sell off all your stocks and following the markets becomes blasé.

It isn’t easy to stay engaged in things that have no real importance to them.


Once the team is eliminated it doesn’t really matter how slick the advertising promo is - they’re done - see ya next year!

When it comes to finance - I don’t care if Poppy stands on her desk and sings the latest acquisition news, I have nothing invested, I’m not tuning in.

Here’s my point. There is a lot of talk these days about church being boring, especially to men. We need to find ways – we are told - to be more relevant, more engaging. Eerie warnings abound that the masses are beginning to find the “courage” to “leave church”, to exchange commitment to a local body of believers for chats about God over coffee or on the golf course. There’s a coming revolution don’t you know?

I think our quest for relevance is the problem – not the solution.

We have neutered the church by cutting out everything that might be found offensive.

There are no sinners anymore, only the horrible spectre of global injustice. There is no coming wrath, no judgement, no accounting for individual iniquity, only a call to “look for what God is doing” so we can join Him in His dream for humanity. It’s all so beautiful... one could even say Christianity is the search for beauty... but...here’s the thing though...

We don’t need a crucified savior for that – in fact what was Jesus doing up there on that cross anyway – didn’t he realize that the cure for the human condition is to switch to fair trade coffee and to drive hybrids? (yawn)

So then ... Let there be lights, motion backs, dance, drama and the arts. Bring on the professional singers, comedians, and occasional athlete testimonies, don’t forget the video announcements, secular music, and clowns in a Volkswagen - but, at the end of the day; if we are just another concerned citizens group trying to hold the attention of the crowd we are already irrelevant.

The only thing we have to offer is the message of repentance for the forgiveness of sins. Christ died in my place on that hill – and that never gets old - or boring!


I do not set aside the grace of God, for if righteousness could be gained through the law, Christ died for nothing! (Gal. 2:21)
Posted by Dan Cormie at 9:48 AM 4 comments:

This Sunday at DCC 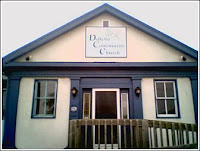 
This Sunday morning I plan to continue on with the “Incomparable Christ” series by finishing up our look at the divinity of Christ and then launching into an examination of Jesus’ humanity.


Does it really matter if Jesus was fully human, and if so why, in fact if Jesus is both man and God as the Bible declares - doesn’t that make Him some sort of 50/50 hybrid and not really fully a man or fully God?


“We must have a human Christ, and we must have one of real flesh and blood too; not of shadows or filmy fancies. We must have one to whom we can talk, one with whom we can walk, one who is so intimately connected with us in ties of blood, that he is as with us one, the head of the family, first-born among many brethren.” - C.H. Spurgeon, March 25, 1861


Hope to see you Sunday!
Posted by Dan Cormie at 8:19 AM No comments:

Posted by Dan Cormie at 6:38 AM No comments:

To Be Found In Christ 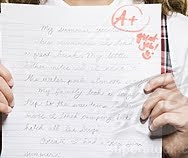 I woke up this morning with this scripture on my mind, (I should say that this waking up with Bible verses in my head is not a regular occurence):

To gain Christ, to be found "in Him", is to be trusting in a righteousness that is not of human origin, not the result of my diligent attempts at a pious life, not anything that I can point to as validation for my ministry - or as a boost to my fragile ego.

To rely on Him, is to cease from relying on myself. I don't know about you, but I do not want to stand before Holy God hoping that I have lived well enough to earn His favour.

What have I done that is worthy of being rewarded eternal life? What about you? Do you suppose God grades on a curve?
Posted by Dan Cormie at 6:44 AM No comments:

What We Must Preach

There are many religions in the world today and a growing number of people seem to think that although we are referring to Him/Her by many different names and observing many different rituals, we are in fact all talking to one and the same benevolent God who joyfully loves and receives everyone regardless of their various paths of ascent.

This "many faiths - one god" idea is really somewhat of a misnomer because Christianity stands alone in the faith category. Every other religion under heaven subscribes to a code of conduct that adherents must obey in order to attain the end goal of their religion; only Christians attain salvation not by obedient observance but by FAITH in Jesus.

If the whole world is under the impression that Christianity is the same type of works based religion as all the others I wonder what it is that Christians should do about it? Ideas?

Posted by Dan Cormie at 4:36 AM No comments:

This Sunday at DCC I begin a new series entitled “Incomparable Christ”; in which we will examine the biblical claims concerning Jesus’ divinity, his humanity, and his role as sole mediator between God and man.

The first sermon will be on the divinity of Christ, a topic of crucial importance to those of us who look to Jesus as Savior and Lord.

If we take away the divinity of Christ from the gospel, we are left with no reasonable hope of salvation whatsoever. Remove the Word who was in the beginning with God, and who was God, and we are left with a leader who is nothing more than a pseudo enlightened example to follow - and one who was confused about his own make up and origins at that.
Without a divine Saviour, our gospel is a rope of sand; a drifting soap bubble; something less substantial than a dream. If Christ were not God, he was the worst kind of impostor. He was either God incarnate or else he was an arch-deceiver of men, because he fooled many of them into believing that he was God, and in that claim He managed to bring the consequences of what they called blasphemy upon Himself.

Do you have any questions, comments or relevant ideas that you think should be addressed in this series? If so I would truly appreciate your input! Clicking on the "comment" link below to respond.

Posted by Dan Cormie at 5:17 PM No comments: 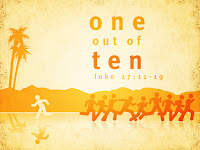 "One of them, when he saw he was healed, came back, praising God in a loud voice. He threw himself at Jesus' feet and thanked him—and he was a Samaritan.” (Luke 17:15-16)

The cool crisp early morning air, the leaves crunching underfoot on a walk through the park, the smell of roasting turkey and pumpkin pie filling the house, the sounds of family and friends loving and laughing while a football game drones softly in the background; these are a few of the things that make Thanksgiving the annual favorite holiday that it is for me. I cannot help but feel overwhelmed at the goodness of God as I reflect on His many blessings to me and mine - and yet, all of these temporal blessings pale in comparison; they cease to matter at all in fact when held up next to the ultimate gift that God has bestowed on each of us in Christ’s sacrifice for our sins on Calvary’s dark hill.

I want to remind you today to take time this weekend to, like the Samaritan in the passage above, throw yourself at Jesus’ feet and thank Him! If family festivities or travel plans will be preventing you from gathering with our Church family on Sunday morning, then please - wherever you may find yourself - remember to give thanks for what God has given you in Christ!

For those of you who will be joining me at DCC, please come prepared to share communion, to worship in spirit and truth from hearts of sincere gratitude; and to be fed the word of God. I am really excited to share a Thanksgiving message from Luke 17 entitled - “One Out of Ten”.